Many people prefer to buy a motion sensor in our online store, where the range of the catalog includes dozens of brands. All products are sold with factory packaging, most are in stock or available on request, but the main thing is that we work officially with all suppliers, and after payment you will receive a guarantee from the manufacturer. In South Africa, you can buy a motion sensor in every third store, but it is cheaper to order with delivery in South Africa.

Features of the principle of action, which is better to choose

A motion detector equipped with an infrared or microwave sensor is built into the case; upon operation, it connects the contacts of the lighting circuit. The difference between these specifics is only in principle.

An infrared motion sensor responds to the temperature difference between a moving object and the surrounding area. The disadvantage is that it can falsely trigger heaters. It is also easy to fool it if you hide behind a screen that does not transmit heat. The IR sensor is well suited for home lighting, where a 100% probability of response is not needed. It is safe, easy to configure, and cheap.

For rooms with artificial heat sources, a microwave is better. It generates high-frequency electromagnetic waves that return after reflection from objects in range. When a person or a car moves, the reflected wavelength (Doppler effect) changes and the electronic mechanism is triggered – the reaction to the movement will be the inclusion of lighting .

This principle is characterized by speed and high sensitivity, so microwaves pass through thin walls of glass, plywood or drywall. The accuracy of the operation is independent of temperature.

Despite the prejudice about the harmfulness of microwave waves, a microwave sensor for lighting in a residential building is used very often. It is absolutely safe and does not affect health in any way. The average power of its electromagnetic field is only 10 mW, which is 100 times less than that of a mobile phone.

If you do not need high sensitivity, then it is better to buy an infrared motion sensor – it is cheaper , the price of a microwave with the same characteristics is several times higher, but sometimes it is better to overpay.

When choosing, you can not give priority to the lowest cost of the sensor, for example, the price of the same infrared reflects flexibility in settings, sensitivity and build quality, and hence the service life. Sometimes it’s better to overpay, so that in a month you do not have to buy again. In fact, even if you buy the cheapest motion sensor in South Africa, you can automatically turn on the light. The only question is how effective it will be and how long it will work.

Most often, a motion sensor is used for lighting on the street , in the corridor or in the garage, since in these places it is important that the lighting turns on automatically, for example, when a car drives up or someone enters the entrance.

For external use, it can be configured as a twilight relay,  so that the lighting turns on only when it gets dark outside. Placement is best planned away from other light sources. It is important to adjust the settings correctly, otherwise it will not react to the movement as it should, which instead of convenience will bring only additional trouble.

In the stairwell entrance, it can be used as a staircase relay – this is both convenience and energy saving . If dozens of lamps will work all night, at the end of the month the common house meter “wraps” a decent number of kilowatt hours. The light turns off automatically after the expiration of the set delay. Even budget models support a tuning range from 10sec to 5-8min, which is more than enough for this purpose.

The price of a motion sensor depends not only on the accuracy of detection of a moving object, but also on the flexibility of settings. Sometimes it’s better to overpay for an extended range of settings or sensitivity adjustment so that there are no false positives on animals.

When choosing, consider how large the lighting system is , for the only energy-saving lamp near the entrance or in a small room, there is no point in overpaying for unnecessary characteristics, and then also conduct separate wiring. It is easier and cheaper to take a cartridge with a motion sensor , it is installed in a few seconds and immediately ready for use.

It is optimally suitable if only recently a repair has been made. Which is better – drill the ceiling and walls or buy motion sensors with a base , instead of mortise? The only thing that most of them are not suitable for installation outside the building due to the vulnerability of the structure to climatic effects.

What is important to consider when installing outdoors

Sensors for lighting on the street are waterproof , therefore more voluminous . The case is made of thick hardened plastic and is tightly closed from rain, snow and dew. In addition to moisture, severe frost can disrupt performance, so outdoor outdoor sensors are designed for use at low temperatures , most of them work well even at -25 ° C.

Most often they are used for LED floodlights, such a lighting system is universal and can be used both to illuminate the entrance to the home garage and at the guarded object. The technical specifications indicate the installation height, you can’t just buy motion sensors and place them anywhere. The declared range must always exceed the installation height, otherwise the sensitivity will decrease.

When placed outside , a wide area of ​​visibility is important, for lighting it is better to take motion sensors with a viewing angle of 180 degrees or more. But if inappropriate movement is allowed nearby (people passing by), there may be false positives. Using a rotating head, you can direct the beam to the desired area.

You need to select the characteristics based on the conditions of use, you can even buy a street lamp , only a special street motion sensor is not screwed into the lamp holder. You will have to fix it with screws or screws, and on the reinforced concrete support you will have to additionally attach a holding plate.

Features of automatic lighting in the apartment

Turning on the light when driving is not always convenient for a living room, where people can stay in the same place for a long time, for example, in the bathroom, in the kitchen or just lying on the couch.

Turning off the light when the delay time is over is not always a good option. For example, in the bathroom you can take a bath for half an hour, or you can brush your teeth in 3 minutes. It is difficult to choose such a delay so that there is always enough time and electricity is not wasted.

Presence sensors built into the ceiling with a maximum viewing angle of 360 degrees will help to avoid such inconvenience , even with a range of 2-4 meters their visibility range easily covers a room of 20-30 m². But this is not their main advantage.

Ceiling presence sensor, unlike a motion sensor, is only infrared and is designed to detect a heat source. For example, in a room with a temperature of + 20 ° C, it will easily notice even a motionless person with + 36.6 ° C.

It can be used not only for lighting, but also for protection against burglars during the absence. The only negative is that in the absence of electricity it will not work. If there is a risk that the attackers will de-energize the network, then only standalone motion sensors.

In apartments, decorative lighting has recently become popular. It is used more for beauty than practical use, because it is often too lazy to turn it on manually. It is better to put mini sensors for lighting – small, no more than a matchbox, easily installed in decorative elements, do not spoil the appearance. Since they are produced specifically for LED strip light, their small dimensions facilitate accurate installation in some  LED profiles.

Home Decor Interiors has over 20 years of experience and during that time we’ve renovated hundreds of homes. We pride ourselves on being a premium bathroom renovator in the Western Cape. Let us help you customise or upgrade your dream home. 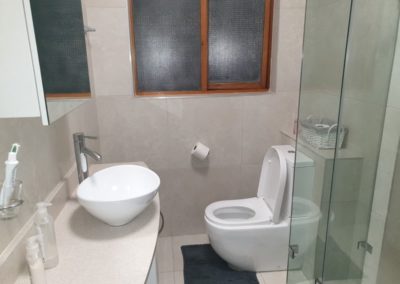 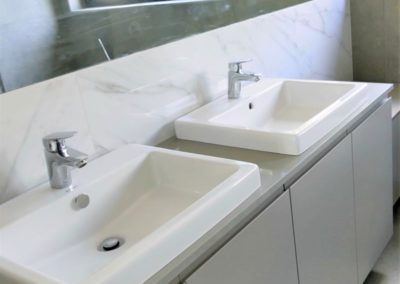 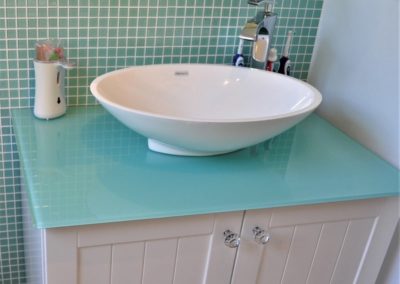 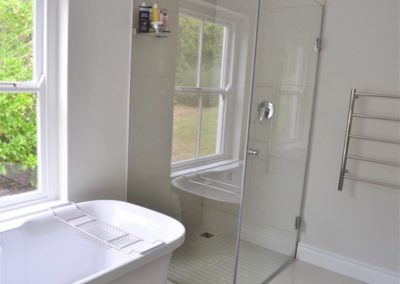 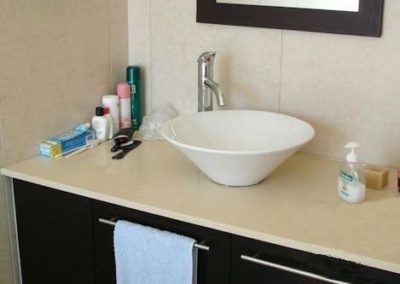 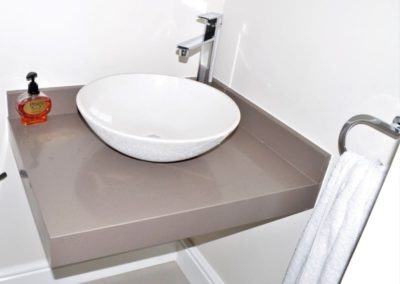 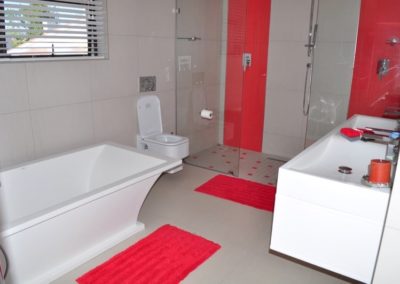 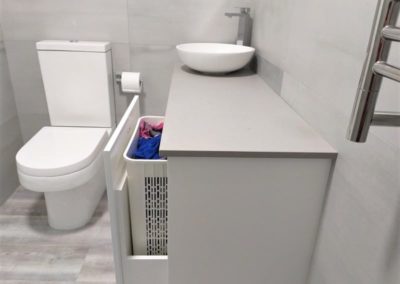 Living Design – Home Renovations Cape Town – is a small company owned by Wendy Holmes, specializing in the design and construction of house renovations and the creation of beautiful homes, in the Southern Suburbs of Cape Town & Langebaan, typically from old and ordinary houses.

CPT Home Builders offers services available to both commercial & residential clients. What ever the scale of the job, we will provide our clients with modern & creative solutions that best suite your individual building/renovation requirements. 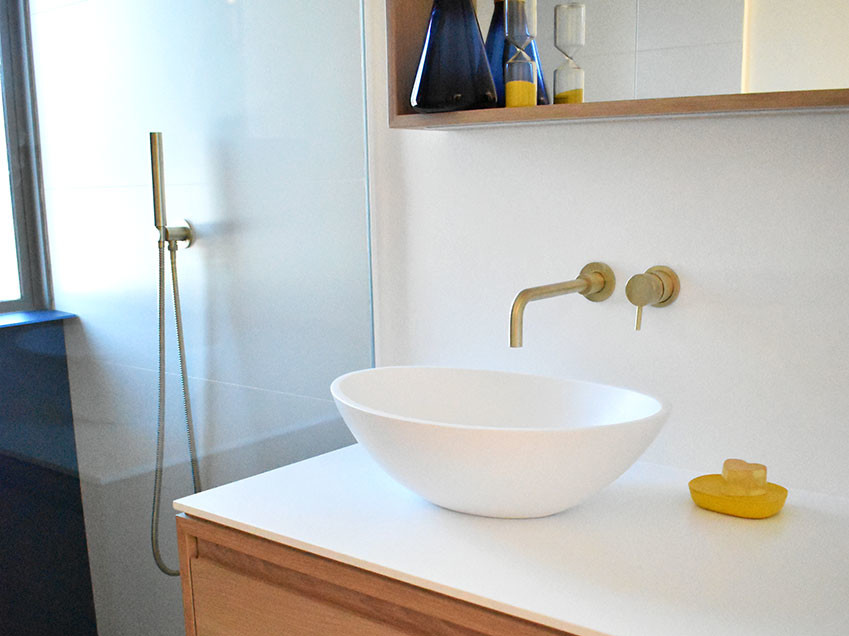 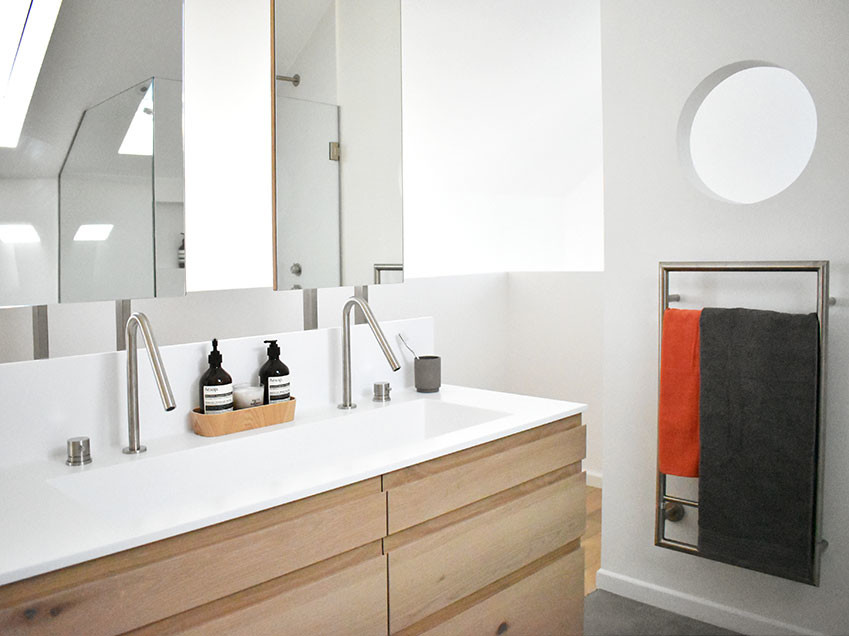 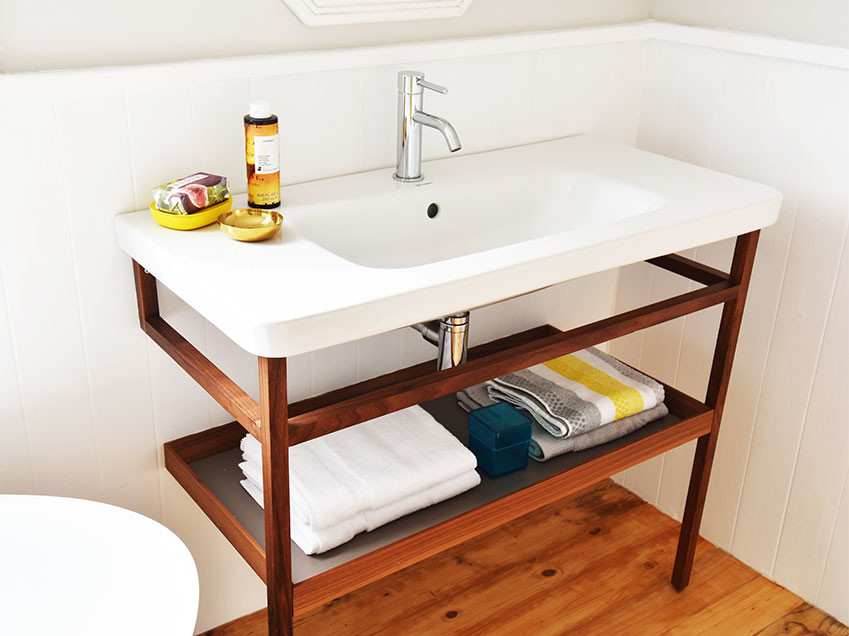 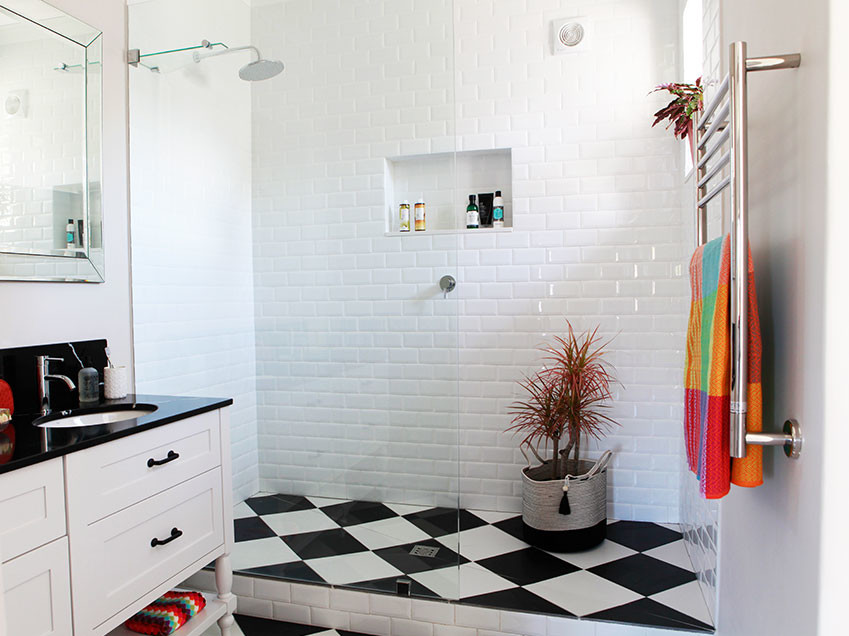 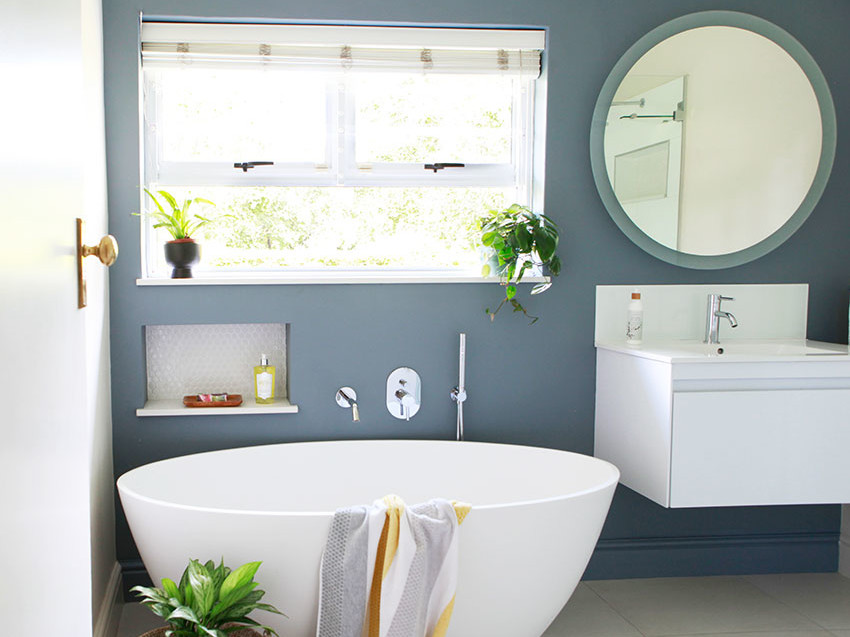 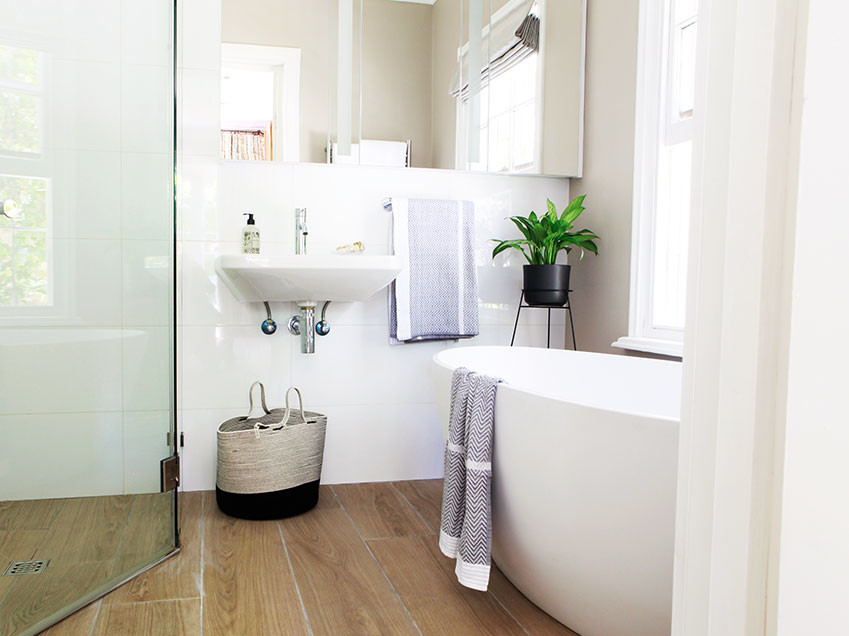 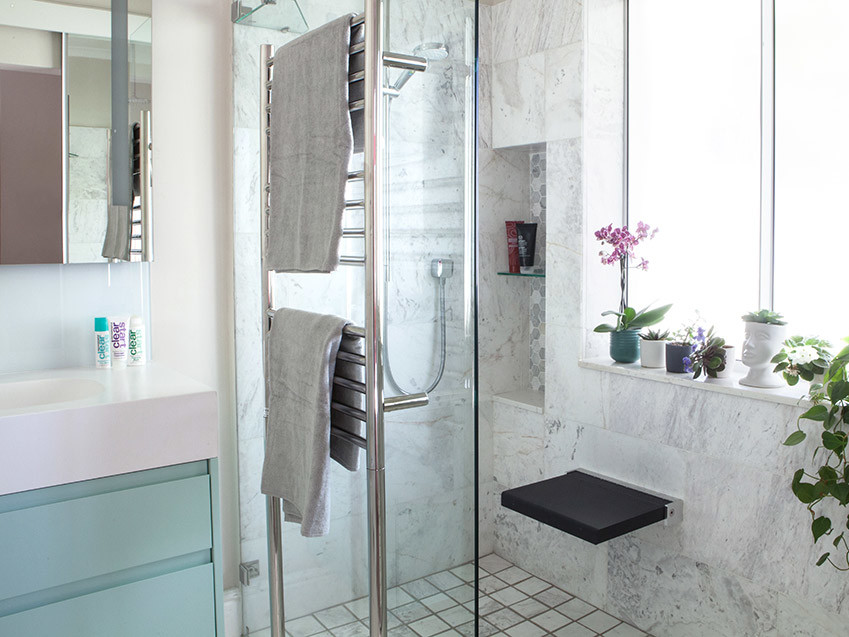 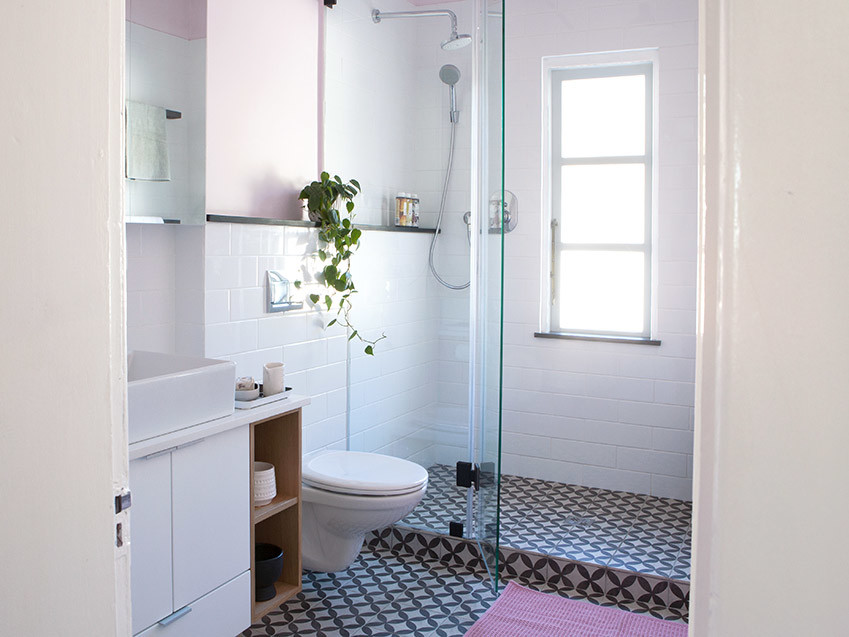 CPT Home Builders offers services available to both commercial & residential clients. What ever the scale of the job, we will provide our clients with modern & creative solutions that best suite your individual building/renovation requirements.